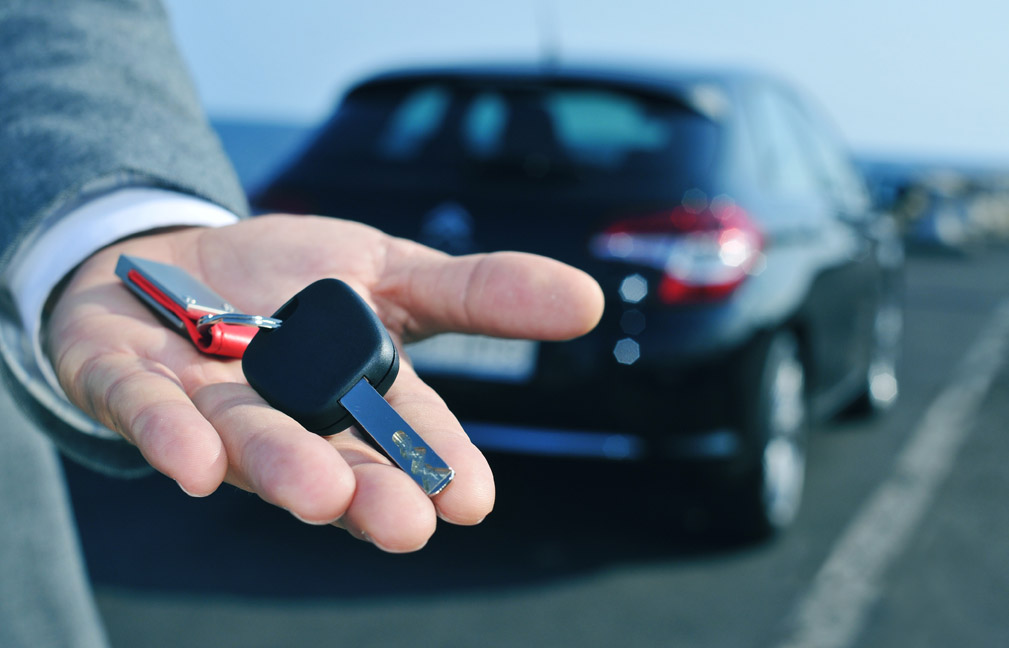 By the time I got to the car rental counter, I was already annoyed. The flight in had been long, and the ‘In-Terminal’ rental car pickup had magically morphed into ‘a representative from the car rental company is in the terminal and can show you where the shuttle bus will pick you up’.

Time was ticking, and the sun was already setting. I had been warned by people familiar with this area of Mexico that driving at night was generally a bad idea and should be avoided as much as possible. The way it was looking, we would be setting out as dusk moved in, and had at least an hour of driving on a twisty road through the mountains in the dark.

Then came the discussion of the insurance. If you have ever rented a car in a foreign country, you are likely familiar with this situation. The paperwork says one thing, the car rental representative says another. I pointed to the amount specified on the rental agreement, she pointed at the number on the screen. A disagreement, her annoyance at my confusion and repeated pointing at the agreement, by annoyance at her confusion and repeated pointing at a screen, followed by a stalemate, followed by reluctant compliance on my part.

Sure, I could have walked away and gone to another rental car company, but all I wanted to do was get on the road. It wasn’t the rep’s fault – she was just doing as she was told. I made a concerted effort to be polite to her, as well as the timeshare rep who was oddly hanging around us for the entire interaction.

I was obviously doing a pretty good job of masking my annoyance, as he decided it was a great time to pitch me on a timeshare deal at a resort up the coast. I fixed him with a glare and suggested, politely, that after feeling like I just got ripped off on the car insurance, I was unlikely to be open to a timeshare pitch. All I wanted to do is get in my car and drive.

As someone who helps others to understand and develop their emotional intelligence, I’d love to tell you that I am always in full control of my thought processes, but that is just not the case. Sure, I have developed ways of staying more present, and of reminding myself that this situation is just a set of events and circumstances, but I can go down an emotional rabbit hole with the best, and so situations like this are a great time to work on engaging my thought processes in a very deliberate way.

The ability to understand and recognize how your emotions are affecting your thought processes is called Emotional Self-Awareness. It’s one of the subscales in the Self-Perception Composite in the EQ-I 2.0 Model of Emotional Intelligence (shown here – click for larger image).

In situations like the one I described above, being able to recognize how your thoughts and emotions are impacting you is critical for success. Being able to unpack your thoughts, make conscious choices about how you would like to feel, and then making sense of that is a powerful skill to have in your toolbox.

As we drove down the road, the sun setting beautifully over the mountains we were about to drive through, I realized that my anger at the car rental situation was affecting how I was feeling about the first day of my vacation. Was that really worth it? What was being achieved by my feeling this way?

I am very fortunate that my partner is highly empathetic and so not only is she willing to listen as I process things through, and in this case specifically where my angst was coming from (she too was not thrilled about the drive through the mountains in the dark).

As a natural extrovert, I know she will listen to me as I process things through, but before I started talking, I needed to get things a little clearer in my head. To do that, I used an exercise that has worked very well for me, and increasingly well, over the years. Here is how it goes:

I asked myself a series of questions (Note: This also makes an interesting journal exercise). Here are the questions:

As I worked my way through the questions, I realized that my annoyance/anger at the car rental process was actually costing me enjoyment of my vacation, time with my partner, and taking my mind off of driving. None of these are good! In addition to that, there was absolutely nothing I could do right now of practical value to address the situation.

So, after a few minutes of processing, I was able to put the though largely out of my head and instead focus on the amazing company, great scenery, and excitement about the vacation ahead.

Now, I get that you might be thinking ‘jeez – the biggest problem this guy has is a car rental’. Of course, I have way more complex challenges than this. However, these ‘lower grade’ issues and situations are remarkably useful for developing emotional self-awareness skills.

My advice is to do the work on the simpler issues so that you can get used to staying present, recognizing your emotions, and as a result you’ll be able to also use the same processes to work on more complex and difficult issues down the road.

My other piece of advice is to never rent a car from THAT car company, and enjoy every second of your vacation, car rental chaos or not!

Last week, we talked about how coaching is the most effective way to develop leaders who are more emotionally effective (You can see that post HERE). Let’s look at why that is. Action research models provide a simple way to understand why coaching is perfectly suited to developing emotional effectiveness. If you’re not familiar with… 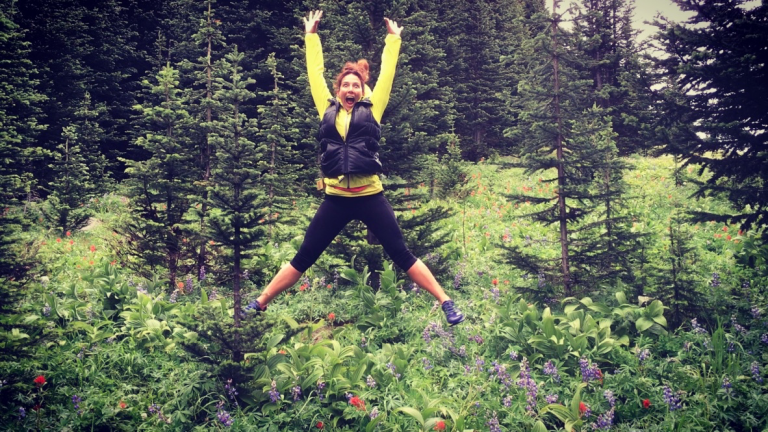 For myself, physical wellness has been a lifelong journey directly contributing to my personal well-being and happiness. Fitness and movement are a consistent “go to” in my world for stress management, and simple soul-filling experiences. When I first learned about the Well-Being Indicator, and specifically, the concept of Happiness in the EQ-i 2.0 model, I… 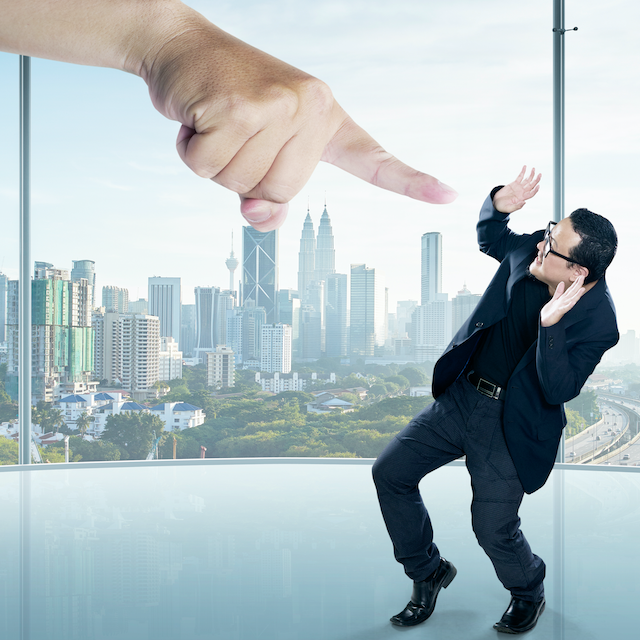 When I tell people what I do for a living, they often respond, “My boss needs your help – they are a complete psycho.” In reality, that’s probably not true: Psychopathy in the general population is around 1 in 100. The chances that your Network Systems Manager at the data center is a psychopath are pretty… 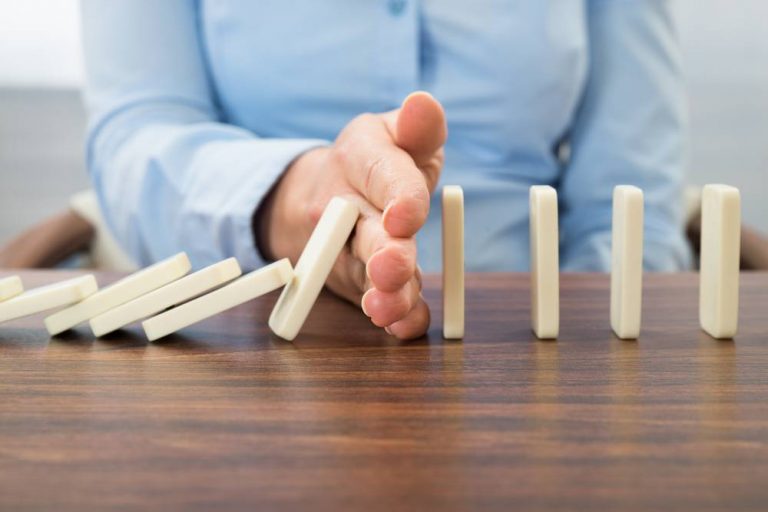 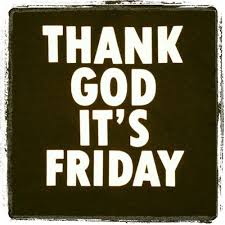 As a society, have we decided that work is a bad thing? Phrases like ‘working for the man’, and ‘Thank God It’s Friday’ speak to the notion that work is doing little more than using time and energy – preventing you from doing what you want. The end of work week celebration is so embedded…