Why We Need To Stop With The Golden Rule

You have likely heard it a hundred times before – the Golden Rule – Treat others how you want to be treated. You may have seen it in Facebook posts, as an inspirational quote, or even in a hotel TV commercial. The basic idea is that if you treat other people as you would want to be treated, that it is the best standard of service possible.

I recently visited a massage therapist to get some work done on my sore shoulder. As we were discussing the treatment, she asked me if I was OK with a little more pressure – the kind, as she put it, “…that may be uncomfortable or even a little painful”. “Sure”, I responded – I would rather endure a little discomfort now, in the hopes that I will reap the benefits of a repaired shoulder in the future.

Now, imagine the same scenario with the Golden Rule applied. On explaining the treatment approach, my massage therapist would tell me “I am OK with a little pain, so I am going to assume that you are”. See how ridiculous that sounds?

Instead of the Golden Rule, we need to use the Platinum, or even Palladium Rule (Palladium is a metal even rarer than Platinum). Palladium actually seems like the best choice, as demonstrations of this rule do seem to be exceedingly rare, but let’s go with Platinum as it prevents you from having to explain over and over again what Palladium is.

One of my favourite stories of the Platinum Rule was told to me by a friend of mine. A carpenter by trade, Pete was on a new-ish worksite one Friday when the owner of the construction company gathered together everyone in the unfinished ground floor of a house they were working on.

In the center of the room there was a bucket of beer, topped off by an envelope. Once everyone was gathered in a circle around the bucket, the owner asked one of the workers – Dave – to step forward. The owner then acknowledged the outstanding work that Dave had done in the past few months, and awarded him the bucket of beer (to be enjoyed at the end of the day), as well as two tickets to a hockey match featuring Dave’s favourite team. There was much loud rejoicing, and playful teasing, for Dave and his ‘Employee of The Quarter’ award.

Pete knew that the owner of the company was a big hockey fan (and also enjoyed the occasional beer), so he assumed that this was the way in which the owner celebrated this ‘Employee of The Quarter’. Having a strong introverted preference, and no passion for hockey, Pete thought about how this would certainly not be his first choice in how he would like to be recognized should he be celebrated in the future, but also realized that he would need to fit in. This was apparently the way they did things around here.

A few months later, Pete was working on the outside of the house when the construction company owner came over to him. After some chit chat, the owner said “Pete – I really appreciate all that you have been doing these past couple of months, Your work has been incredible, and I really value you as a team member.” The owner then handed over a very expensive titanium hammer (yes, you can buy titanium hammers!) saying “I know you do your own carpentry projects at home, so I got you this hammer in recognition of the work you have done here. I don’t want to see this hammer on this job site – it’s a gift for you”. The owner then patted Dave on the shoulder, and walked off. No ceremony, no rah-rah. The owner understood that each person is unique in how they would want to be recognized, and so acted as such. He applied the Platinum Rule.

At the root of the Platinum Rule is the emotional intelligence skill of Empathy. Empathy is considered to be our ability to understand and appreciate another person’s viewpoint, perspective, wants and needs. People who are able to do this effectively will find it easy to apply the Platinum Rule.

People often ask me how they can become more empathetic, and I always explain it’s the simple things:

I’d love to see the Platinum Rule become more commonly talked about than the Golden Rule. But so often I see people assuming that what they want MUST be the same as what others want –  the Golden Rule in action.

Even many leaders who consider themselves to be strongly empathetic fall foul of the Golden Rule, assuming that the wants and needs of their team members must be the same as their own. Sometimes they are right, but all too often they are wrong, and it produces some very negative results.

The next time you are tempted to use the Golden Rule, consider what an upgrade to Platinum might look like. It could be as simple as just hearing someone out, or asking an additional question.

After all, everyone likes an upgrade as much as I do – right? And there you go – there’s the Golden Rule again! 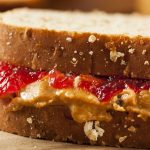